Orlando, FL (May 18, 2022) – Falcon’s Beyond Global, LLC, a trailblazing, global entertainment company that specializes in intellectual property (IP) creation and expansion, today announced details of the first of its new signature destinations merging retail, dining, and entertainment. Falcon’s Central connects guests with world-renowned brands through a multitude of entertainment experiences, amenities, content, and merchandise. These extensive complexes will reside at the epicenters of destination resorts that are owned and operated by Falcon’s Beyond.

Curiosity Playground will feature several IPs that air on PBS KIDS, including Dinosaur Train, Odd Squad, Wild Kratts and Xavier Riddle and the Secret Museum. Integration of IPs from other notable children’s brands will be announced soon.

GameHub – Enter the world of popular video game properties in this immersive experience that includes a high-energy gastropub, an arcade of the future, multi-platform games and state-of-the-art gaming bays where visitors can eat, drink and play together. Guests will have the opportunity to enjoy these gaming IPs beyond their visit through availability of consumer products, including apparel, merchandise, electronics and NFTs. StoryHub – Become fully immersed in the worlds of popular media properties in the StoryHub, featuring interactive media experiences, a multi-game platform, exclusive merchandise and apparel.VQuarium – Discovery, edutainment and conservation come together through this original virtual adventure. With the assistance of an intelligent submersible, a team of young scientists is guided through learning about our planet in ways never thought possible. The experience expands across entertainment, educational and consumer products. 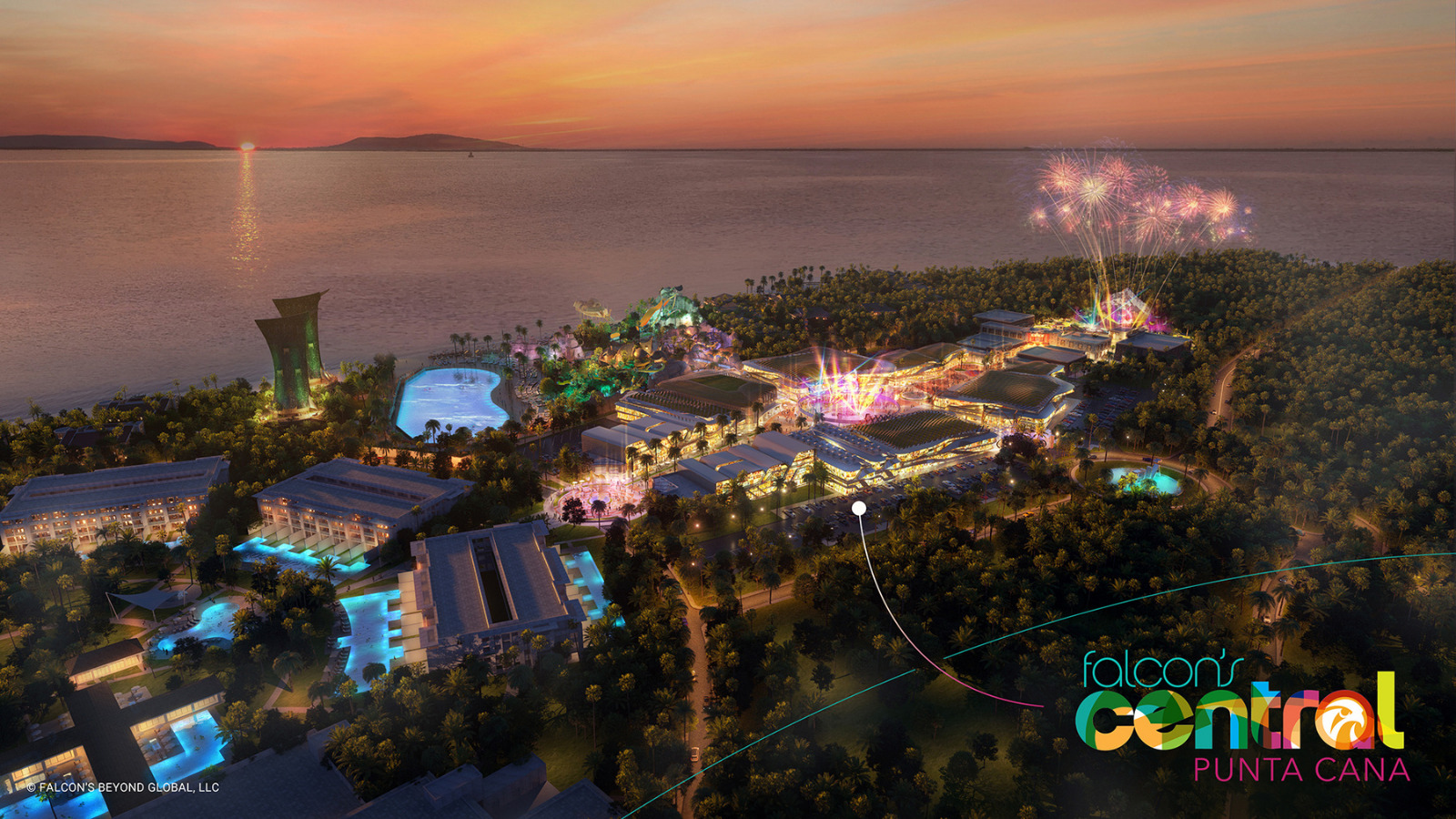 “Falcon’s Central will be a unique entertainment destination in popular resort markets that enables guests – especially families -- to connect with the brands they love while traveling,” said Cecil D. Magpuri, CEO of Falcon’s Beyond. “In addition to location-based entertainment that brings to life countless beloved IPs through activities, merchandise and more, this new complex will offer a complete array of retail and dining, completely transforming the vacation experience.”

Falcon’s Central will also feature a captivating shopping district with multiple local and global retailers showcasing a wide array of IP-infused consumer merchandise throughout the complex. Products will include apparel, accessories, headwear, toys, games and more.

Since its founding in 2000, Falcon’s has collaborated with some of the most respected IP holders on Earth, master planning more than $110 billion worth of development projects, producing revolutionary, award-winning, and immersive experiences, and creating exceptional media content that has lifted global audiences to new heights. Falcon’s Beyond is transforming traditional IP deployment channels with its unprecedented 360-degree IP Expander flywheel, simultaneously unleashing the power of physical and digital story immersion and taking fandom to a whole new level.

Headquartered in Orlando, Florida, Falcon's Beyond is a fully integrated, top-tier experiential entertainment development enterprise focusing on a 360° IP Expander Flywheel. The company brings its own proprietary and partner IPs to global markets through owned and operated theme parks, resorts, attractions, patented technologies, feature films, episodic series, consumer products, licensing, and beyond. The company has won numerous design awards and provided design services in 27 countries around the world, turning imagined worlds into reality.

About The Jim Henson Company

The Jim Henson Company has remained a leader in family entertainment for over 60 years and is recognized as an innovator in puppetry, animatronics, and digital animation. The Company is currently in production on the upcoming series Harriet the Spy and a reboot of Fraggle Rock, both for Apple TV+, as well as Guillermo Del Toro’s Pinocchio for Netflix and the feature film The Portable Door. Henson’s most recent television credits include Duff’s Happy Fun Bake Time for discovery+, Earth to Ned for Disney+, Fraggle Rock: Rock On! for Apple TV+, and the Emmy Award-winning Netflix Original series The Dark Crystal: Age of Resistance.

Brothers Chris Kratt and Martin Kratt are zoologists by training who have built a family entertainment brand based on their enthusiasm for animals and their wild popularity with a family audience. Since founding their production company Kratt Brothers Company in 1993, they have developed and executive-produced over 290 episodes of four successful television series: Kratts' Creatures, Zooboomafoo with the Kratt Brothers, Kratt Bros. Be The Creature, and Wild Kratts. They star in these programs playing themselves and are directors, scriptwriters, authors, and wildlife cinematographers, ever in the pursuit of "creature adventure." 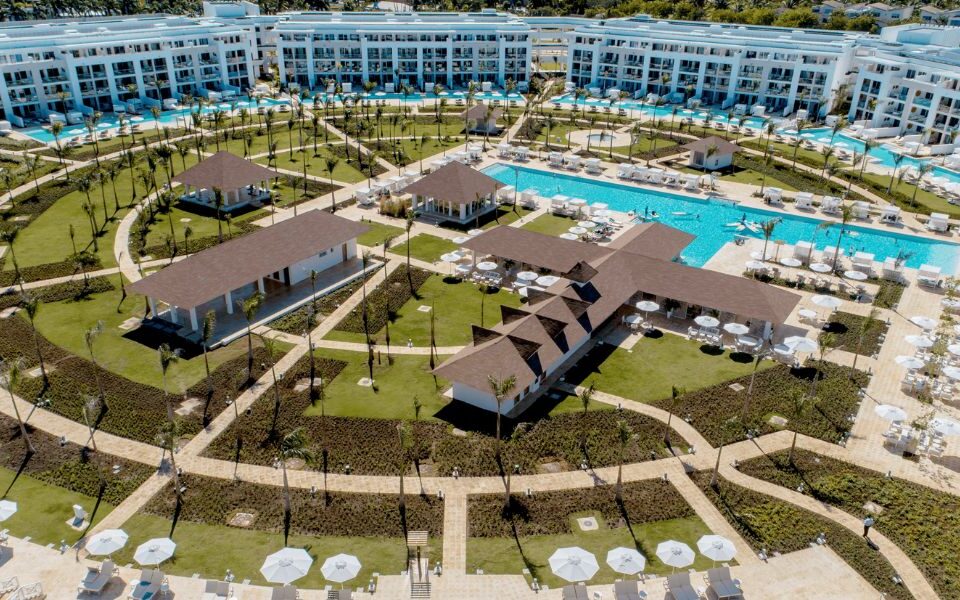 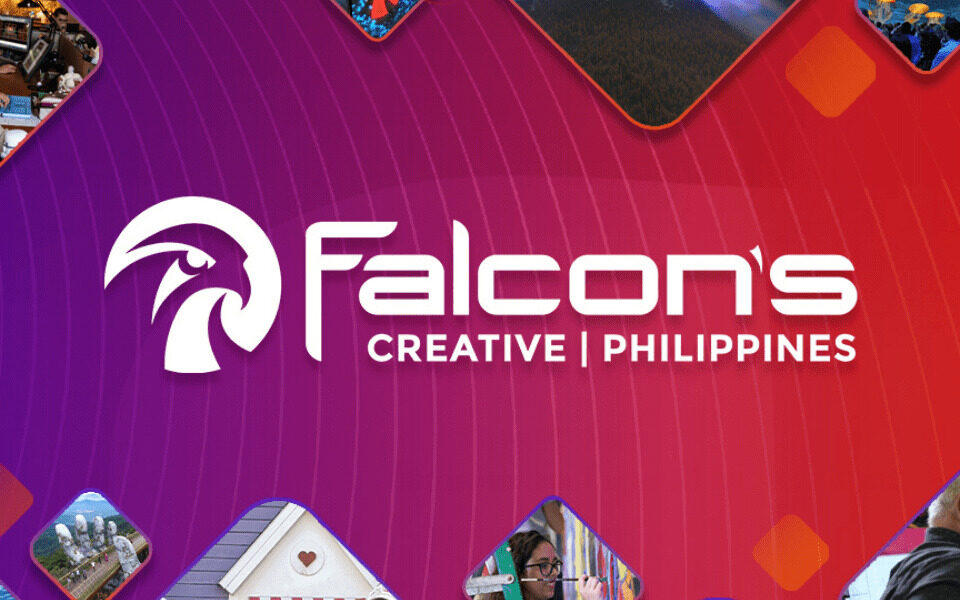